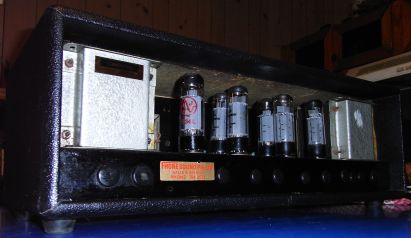 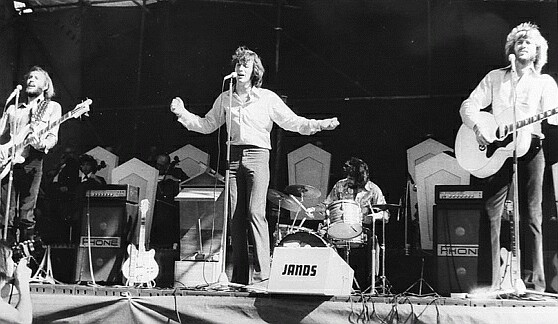 In the ACDC “Long Way To The Top” video you can see the boyz of “Accadacca” playing Fhone amps on the back of a truck. Fhone amps were made here in Melbourne Australia by Sid Grondman who did ACDC's pa and amps right in the beginning of their career and who worked with them for a few years before they went to England. Sid also built a few Fhone amps for Angus.

You can see one here (www.acdc-germany.de).

Yep-notice those unmistakable large silver knobs on the amp beside Angus on the ground. That's a Fhone amp. Sid also sold a Fhone amp to Bill Wyman on an Australian Rolling Stones tour.

Fhone amps have a full, chimey rock sound that also breaks up wonderfully at high volumes. 70's Aussie rock and roll heaven! Sid's Fhone amps can also be biased for El34's or KT88's.

Today, only a handful of Fhone amps exist. (being a one man operation, very few were made).They are extremly rare. Fhone amps don't have dates on them but I was told this was likely made round late '74/75. This vintage valve Fhone amp has the same awesome crunch of a JTM45 when fully cranked. (No wonder Angus chose JTM45's later on in his career) 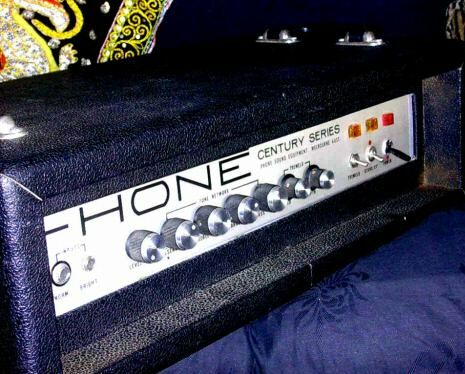 Appearance wise-the amp is in good condition (no major rips or tears) and is working well considering its age. At some stage of its long life, the tremelo has been disconnected though. I assume this could be easily fixed.

Also for some strange reason it's sprayed gold inside. This amp still has its original Zaerix EL34 2 x output valves and also has Miniwatt (Australian Mullards) 12AX7's as well. Input channels are Normal and Bright. Back of amp has one speaker out though there are two spare empty holes.

Serial no.DG1011 stamped on inside of face panel. 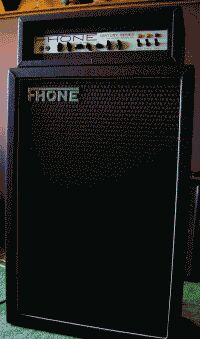 Sid is very helpful and provided a circuit diagram to Ivan Richards Audio while my amp was being repaired.

2x EL34, according to Sid the original EL34 used in these amps were the stronger 1960s US version.

The amp outputs 16 ohms and an 8 ohm tap was added during repairs. The original circular knobs have now been replaced with chickenhead style ones. Other than that the amp is in original condition.

The tremlo sound is extremely weak, I think it needs looking at when I get around to it.

Soundwise I am a longtime bass player recently turned to guitar so I don't feel qualified to compare it with other amps but I can say that I am a big fan of Macolm Young's early playing and when wound out it does that chimey edge of breakup sound perfectly.

As poor a comparison as it is, I owned a Vox Tonelab amp simulator for a while and of their amp models it sounds somewhere between a Bassman and JTM45. Ivan Richards describes it as sounding “Like a typical Melbourne amp”. I find that without any external volume boost it sounds very hi-fi until cranked to about 9 o'clock.

I spoke with Sid Grondman by phone. He told me that his amps were sold to AC/DC and Bill Wyman. 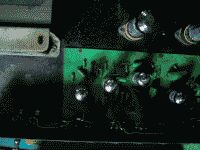 Fhone folded in the mid 70's as a result of the new cheaper Japanese imports. I asked him about the green paint on the circuit and he said that was intended to prevent humidity damage as many units were sold to tropical countries.

He also said it was a 60 watt amp but with the huge Trimax and original valves it has no problems outputing 100w. 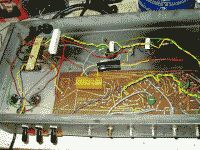 These are comments received from Ivan Richards via email during repairs which will no doubt mean more to you than they do to me...

As I wrote to Geoff, this amp certainly has nice big tannies, but a 6CA7 is still a 6CA7, and if you try to screw 100 watts out of a pair, this happens... 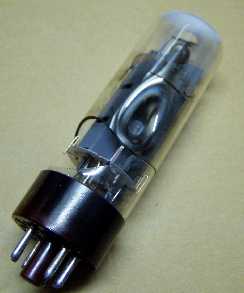 The screen grids glow white-hot, then collapse, shorting everything to everything in a very spectacular son et lumier.

Note the smoke marks underchassis and new screen resistors which are a sure sign that the 6CA7's melted down at some point. A pair of KT88's would be a better propect in this amp.

The green paint “tropicalisation” is a quaint idea since it doesn't extend to the bare copper side of the PCB where the real problem would be. 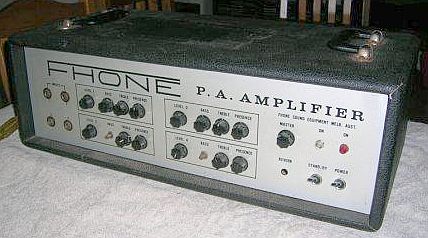 The channel amps are solid-state (BC109 or similar in what looks like a direct-coupled fed-back pair) and built on specific PCB's “modular style” around the controls. The main amp board is a bit more rustic, being wide-pitch Vero stripboard, and a fair bit of “aero-board” construction used around the power supply and output stages.

This one is somewhat unusual in that its four EL34/6CA7's are staggered rather than the more common in-line, allowing greater spacing and better cooling air circulation.

Like so many EL34/6CA7-based amps, this one shows chassis blackening around the output stage valve bases where resistors have burned up due to valve failure. 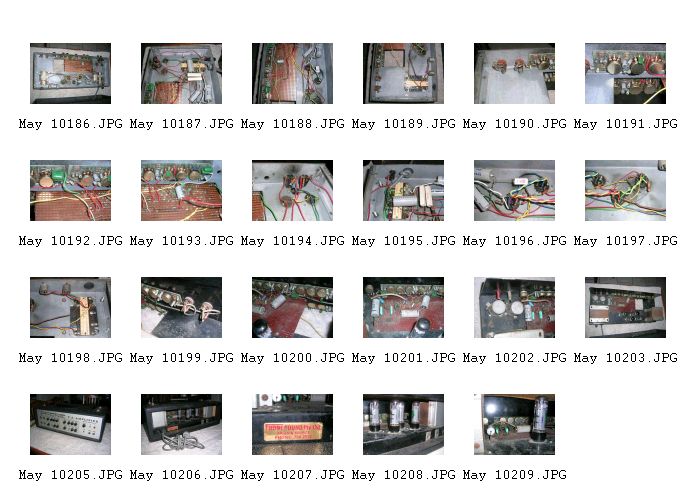