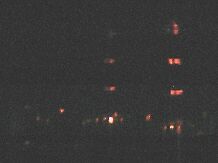 These days valves are out there on display, flaunted as status symbols. Power bottles sit in exposed rows on the top of obscenely expensive Hyper-Fi rigs. Preamps can be seen through their own little window on the front of rack-mounting mic pre's with pretentions.

Only a tech might think a row of power transistors on a charcoal-black heatsink is a thing of beauty.

But many people think valves are cute simply 'cause they light up.

Well they require heater(*1) power to do that, and that has to be run all over the chassis to every valve.

Almost without exception this is 6.3 volts AC from a specific winding on the power transformer.

Twin triodes such as the 12AX7 have a center-tapped heater rated at 12.6 volts AC but are normally operated with the heater sections wired in parallel on 6.3 volts AC (*2).

If your chassis has a valve rectifier then it will likely have at least two heater windings, with one reserved for the rectifier alone.

Warning!
The rectifier heater circuit may well be at full HT voltage.

If the rectifier is a directly heated type this circuit WILL be at full HT.

Also, if it a directly heated type this winding will almost certainly be 5.0 volts AC. Connecting a 5 volt rectifier to 6.3 volts will result in a very short rectifier life, if nothing else.

Heater wiring must be sufficiently heavy to carry the currents required, about 300mA per preamp valve and 900mA each for power valves, which quickly adds up to 3 or 4 amps (but check the data, some valves are real hogs).

Voltage drops in the wiring are important as the graph below shows and the voltage at the valve pins must be well within 5% of the rated value. The rule of thumb which also applies to light globes is “five percent up or down halves or doubles life”.

The emission of a thoriated-tungsten cathode however actually falls off again with increasing temperature and they are designed to be operated at a peak point between 1950 and 2000°K.

Most heater wiring was originally done in 10/010 - 10 strands each of 0.010 inch - heavy hookup wire with thin low voltage insulation.

Because the heater circuit is AC and at a fair current it has a considerable 50Hz magnetic field around it. 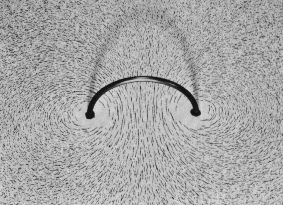 This field will induce hum in any nearby signal loops.

It makes sense to run two or three heater circuits from the tranny to the output valves, middle section, and front end, to minimise individual loop currents. Wiring should run from less sensitive stages towards more sensitive stages, with the critical front-end pre's at the end of the run where the current is least.

All the heater wiring should be tightly and uniformly twisted at about 2 twist/inch (1/cm) to cancel out most of the radiated field.

The tranny lead-outs are too fragile to be tightly twisted but can be given a gentle twist of half to one turn per inch depending on the wire gauge, concentrating on keeping it even rather than tight. Don't strain the wires where they enter the transformer; they are boofy components but the windings are actually quite fragile. This short run to the distribution tagstrip is normally a long way from the preamp and not an issue.

When installing, hold the free end with pliers and lever against them with your side-cutters to strip the insulation. That way you don't disturb the evenness of the twist which is important to best cancel the field.

This is the wrong way to wire heaters at a valve.

By going around each side, a single-turn loop is formed right under the valve where there is little metal in the socket to impede the magnetic field from the open loop reaching up and modulating the electrons in the valve above.

This is the right way.

The loop is folded back on itself, tending to cancel its field, and what there is will now be over the chassis.

It should be routed down against the chassis, and along chassis corners, but it must be kept apart from sensitive signal wiring.

Where heater wiring must cross signal leads it should do so at right-angles and never run close in parallel.

Here is another way of making sure the heater feed is maximally twisted, although I'd run it around the left side of the typical power bottle, pins 2 and 7, to keep it away from the sensitive control grid, pin 5.

With the commonly used twin-triode preamp the heater is actually 12.6 volt with a centre-tap, and is normally used with the two section heaters in parallel on 6.3 volts. This means that pins 4 and 5 are tied together and fed from one side, while the other side goes to pin 9, so the layout above right is suggested. (Triode data)

The heater circuit should be grounded to the chassis at the transformer and nowhere else.

A popular variation is to connect each side of the heater winding to chassis with two 47 to 100 ohm resistors, a so-called hum-dinger.

Some transformers even have a center tap on one or more of their heater windings intended as the grounding point. If you have such an animal it is a quality item and in the first instance I would use this winding for all the most sensitive stages.

Another refinement is to make this a pot across the winding with the wiper to chassis.

I am idebted to Pat Hawker for pointing out that heater circuit induced hum is 50Hz while power supply ripple is 100Hz.

If you've got a very good ear (or a spectrum analyser on tap) the heater hum is a smooth sinewave while the 100Hz power supply ripple is almost triangular and has a raspy tone.

To set this sort of hum-dinger one of the things you can do during final setup is;

It is also possible to bias the heater supply to reduce heater-to-cathode leakage, and in cathode biassed output stages this voltage is sometimes used with the center tap connected to an output valve cathode. RCA mentioned values up to 50 volts.

Any residual hum may be due to field from the power transformer directly modulating the electron stream in one or more nearby valves, including output valves.

It's also possible for the power transformer to magnetically couple to the output transformer if they are too close or their cores are not cross-aligned to minimise flux coupling. Any speaker hum remaining with the output valves removed is due to magnetic flux linkage between the transformers.

During construction a pair of headphones can be connected to the output tranny and it moved to potential positions while the hum pickup from the energised power transformer is monitored and minimised. This can also be connected to a home stereo for some amplification and the VU meters on any cassette recorder can give a relative measurement.

A flux shorting strap made from copper sheet and wrapped around the outside of the transformer (in the same direction as the windings) with the ends securely soldered together, high-current style, can help a lot.

This makes a deliberate shorted turn around the outside of the tranny that gobbles up the stray field as circulating currents. The wider the strap is, covering more of the core, and the lower its loop resistance, the better it works.

Do not, as one bunny did, pass it through the core (where the winding goes). It's a shorted turn and must go around the outside of the core.

I have also used a 1/8th-inch mild steel sleeves around output trannies to good effect.

If the transformer is drop-through style then the laminations may be bolted directly down to your chassis. If you have a hum problem, you might try spacing the core a few millimetres off the chassis to reduce eddy currents being induced in the chassis by the stray field.

Insulating fiber washers were frequently used on transformer clamping bolts. In drop-through style mounting these bolts are also the tranny mounting bolts. Like the varnish on individual laminations, these little insulators are important to prevent the bolts becoming shorted turns, and must not be forgotten on reassembly if the tranny bolts are removed for any reason.

If you want to go right over the top, then the ideal heater supply would be;

Not too difficult these days.

(*1) Terminology:
The element that heats the cathode in an indirectly heated valve is a heater.

The emitting element in a directly heated valve is a filament.

(*2) In dual valves with center-tapped heaters such as the 12AX7 a hum-dinger is only effective if they are wired in parallel on 6.3 volts. With 12.6 volt wiring the center point of the heater is at the heater tap point, not in the middle of each cathode and balanced to the cathode, as required. In this case heater hum can only be made better in one section at the expense of the other.